What does learning a language mean? It means gradually participating in a new community. 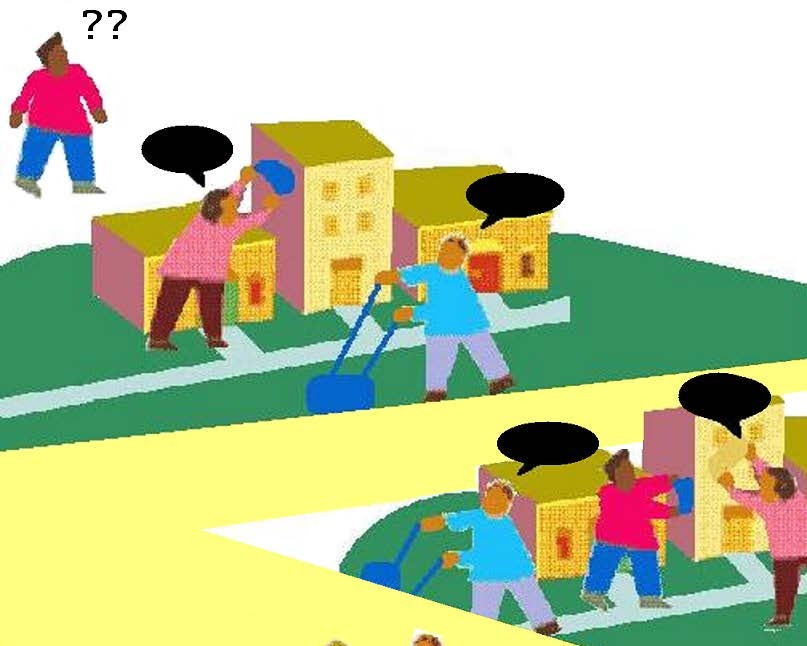 I like to use the phrase "learning a language" less and less. Because in the minds of most people, it is so rigid that it no longer encompasses the complexity of the mechanisms involved in becoming fluent in a new language and its culture. The more I understand these mechanisms, the more it becomes clear to me that there is a contradiction between what is normally understood by language learning and the reality of the situation.

If I speak of progressing or developing in a language, it is generally understood that by these terms I am speaking only of the changes taking place in the learner as an individual. However, if many essential mutations occur within the learner, it remains true that a more fundamental vision of his development goes beyond him as an individual. (In this I am inspired by the Russian psychologist Vygotsky, among others.) A more adequate view encompasses two or more participants, and the dynamics that exist between them in their exchanges. What happens within the individual is commensurate with his participation in the lives of others.

“The human being is above all a social being. The primary avenues of his social exchanges are speaking and listening.”

The "current participants" of the host community are training us, the "growing participants", to enter ever wider circles of the world and life that is theirs. Such a process will take many years. The initial hundred hours will be spent in the company of a language helper, whom we will call "nurturer". We believe that at best, this multi-year progress is a single path, and that the first sessions are only the first steps in a long and enjoyable journey.

Participating while progressing is sometimes complicated! Indeed, if the newcomer rightly asks for opportunities to take part in social relations, he is unable to do so for his hosts! That's why beginner growing participants need one or more hosts who are dedicated to creating exchanges with them that will allow them to participate and progress and who, in the process, train them to participate at an increasing level of intensity. These nurturers will be particularly good at assisting newcomers to the stage where they are seen by other hosts as marginal participants, but valuable nonetheless because they are part of the world they live in.

The concept of 'participation' should not be taken as an abstract thing. The Growing Participant will never lose sight of the fact that he/she is in a very real relationship with a real person, the nurturer, and that he/she introduces him/her to a vast network of relationships in the community and with other individuals.

Thank You For Signing Up!